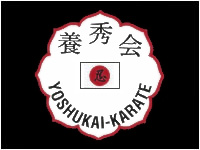 The true history of Karate probably starts with the simple need of man to defend himself from his enemys no matter if these were other humans or wild animals. Prehistoric man was able to survive and to develope into its present form: this is the proof that he had the ability to defend himself succesfully even in a time before the deveoplment of weapons.

Up to the 20th century there was no systematization of the art of self-defense. Only then, in the 20th century, the different techniques of what we now call Karate were analyzed, classified and improved.

The man who was most responsible for the systematization of modern Karate and its introduction to Japan was Gichin Funakoshi. When Karate started getting more and more popular more masters of Karate came from Okinawa to Japan. 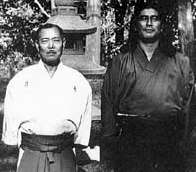 Among the better known was Dr. Tsuyoshi Chitose, 10th Dan and founder of Chito-ryu Karate. An advanced student of Dr. Chitose, Mamoru Yamamoto, 8th Dan, introduced new techniques and different weapons into Chito-ryu. As a result the system that today is known as Yoshukai evolved. (Yo/Shu/Kai - means trainings hall of continous improvement and development.)

Mike Foster, 9th Dan, has trained together with Mamoru Yamamoto in Japan over a period of 10 years and brought the Yoshukai system to the US.